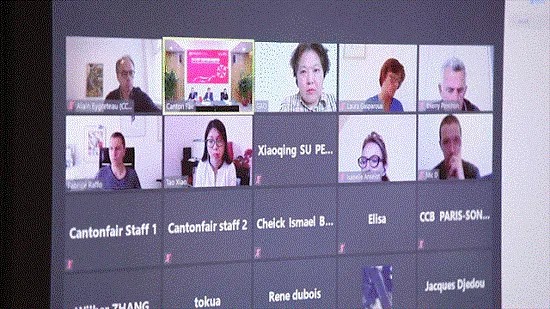 Gao Yuanyuan said that the coronavirus pandemic has changed our life and impacted global economy, world trade and investment. The Sino-France cooperation has also suffered a blow. Premier Li Keqiang emphasized in the Report on the Work of the Government 2020 that China will “promote higher-standard opening up and stabilize the overall performance of foreign trade and investment.” In the 56 years since the establishment of diplomatic ties between the two countries, the Sino-France relations have served as an engine for China-Europe economic and trade cooperation. In the new, open, and post-pandemic era, the two countries face more cooperation opportunities in the economic and business sector. She invited French companies and businessmen to attend Canton Fair and encourage them to feel the innovative integration of Internet technology with an international trading event so as to drive bilateral trade development and contribute to world trade stability in response to COVID-19. 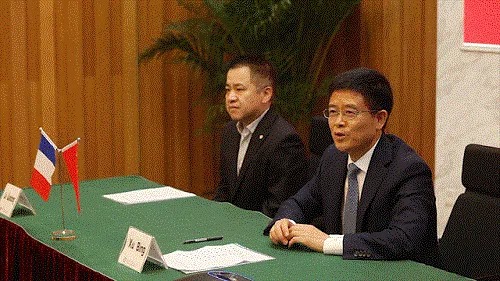 Xu said that Canton Fair serves as an important platform for China’s opening up and international trade cooperation. For the past 63 years, Canton Fair has been committed to promoting economic and trade ties between China and other countries and boosting international trade growth. At present, the coronavirus is still raging across the world, a heavy blow to the global economy and trade. To maintain the openness, security and stability of global industrial and supply chains, expand opening up, and help Chinese and foreign enterprises to develop markets, the Chinese government has decided to hold the 127th Canton Fair online as an innovative measure. Themed “Canton Fair, Global Share”, the 127th Canton Fair will leverage digital technology and display new products of domestic and overseas companies online to create business opportunities and win-win outcome for enterprises at home and abroad. Xu invited French companies to register and attend, find trade partner, conduct online negotiation, to achieve corporate development and contribute to bilateral trade cooperation. He emphasized that the 127th Canton Fair held online will not only allow global consumers to share the benefits of Made-in-China, but also build a brand new public platform to facilitate overseas companies and products to enter the Chinese market and develop global markets. The brand new platform enables “buying from and selling to the globe” and brings new vitality to the win-win development of global trade.

Alain EYGRETEAU said that it is a great pleasure to join Canton Fair promotion event after France lifted its more than two months quarantine. The first Canton Fair Promotion on Cloud marked the friendly relations between France and China and that between CCI Paris Region and Canton Fair. He also shared that ever since his first attendance in 1990, Canton Fair has undertaken many changes. To hold the Fair online is also an innovation for the global trade community. CCI Paris Regions will promote Canton Fair using its resources. He wished French SMEs a rewarding experience at this session.

David MORAND, a regular Canton Fair buyer for 15 consecutive years, shared his attending experience. He mentioned that the Fair offered him much convenience in sourcing Chinese products and that many suppliers he met there had become his long-term business partner. He was worried that the 127th session might be canceled but turned delighted after knowing that it would be held online. He expected to find more quality exhibitors. 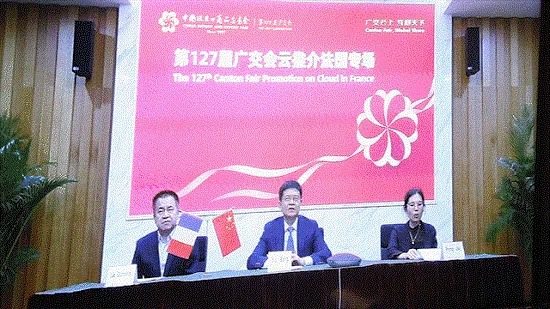 China and France are important trading partners to each other. France is Canton Fair’s key buyer source country, witnessing over 3000 French buyer attendance each session. The promotion event was attended online by over 50 representatives of business associations in France, buyers and entrepreneurs, customers of Bank of China and China Construction Bank Paris Branch.

China Foreign Trade Centre will organize more than 20 “Promotion on Cloud” events worldwide before the Fair opens. Pooling the resources of its global partners and VIP buyers, CFTC will promote Canton Fair and invite more overseas buyers to attend, assist them to adapt to the new changes of a virtual Canton Fair and hold an especially wonderful digital Canton Fair with special significance through special measures in this unprecedented time.